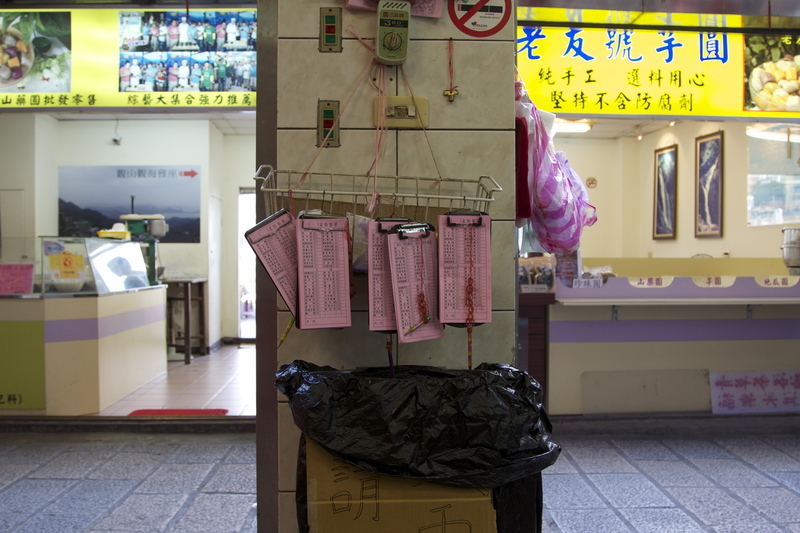 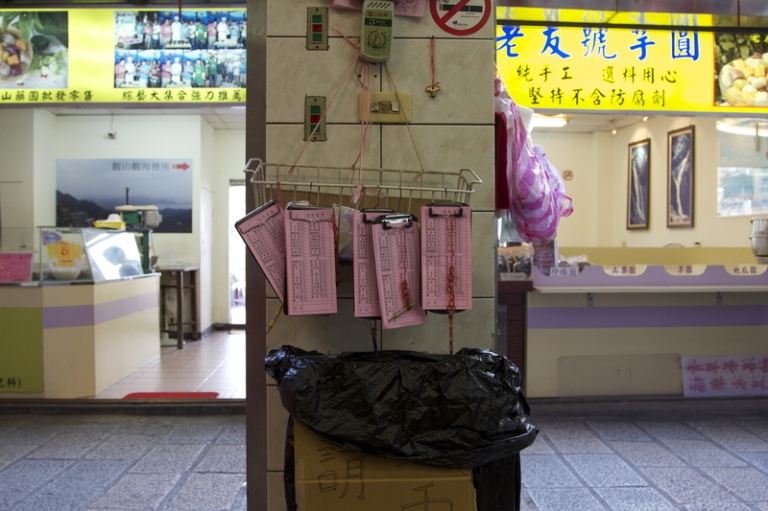 When I arrived at this restaurant in back alley Jiufen, Taiwan for breakfast, I walked across the threshold and pointed myself towards a table. Once seated, the server approached, brandishing a distinctive pink paper pad, having taken it from the collection of them hanging off a basket by the door. This gesture was somewhat moot in my case, as I had initially chosen the restaurant based upon the smell of a hearty-looking vat of soup over a roaring burner placed near the door that was being carefully tended to by the cook. Stating that I’d like a bowl of whatever he was making, the relevant pencil mark was made on a pink piece of paper, which was then torn off and left on my table.

As I sat observing over the course of breakfast, other customers trickled in. Some, with bulky DSLR cameras suspended like so many albatrosses around their necks, entered and began asking for the menu, at which point the server would direct them to be seated and would bring them over a pink pad to record their order. Like me, these were other amateurs on this particular service journey.

Other parties would walk in from the alley and, without breaking stride, snatch a pad off of the basket, tick the relevant boxes, and hand over the order to the cook before seating themselves. This action would typically be accompanied by a greeting from the proprietor from behind his desk.

I only saw the most intimate and familiar level of service engagement once, though: an older gentleman, as he shuffled across the threshold and towards an unoccupied corner table, inspired the proprietor to stand, personally prepare a bowl of soup and a grab a deep-fried dough twist still glistening with oil, and walk them both over to the man’s table as he sat down and oriented himself. Banter ensued.*

The flexible procedure around ordering food reveals both a diner’s degree of contextual/procedural savvy in general (how ordering is accomplished), and the level of familiarity between the customer and the restaurant in particular (how entry and ordering are reacted to by the service providers).

* While I could be conflating this elderly customer’s “familiarity” with his “status” in this case, I took it as a notable observation nonetheless that his arrival so tangibly reshaped the delivery of the service, essentially eliciting a service journey unique for him.