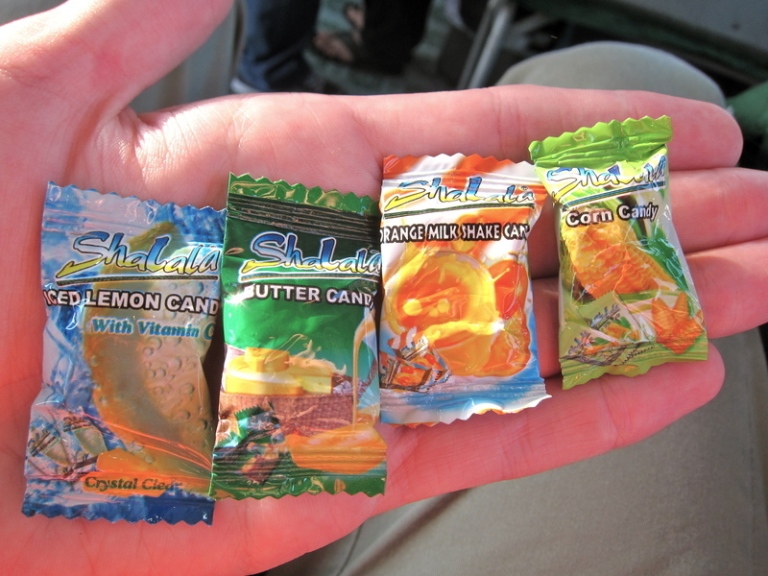 A sampling of what some might consider “interesting” candy flavors. Dispensed on a domestic airline flight, what could have influenced the airline to decide that these were the ideal snack to give out on a flight?

Out of the dozen or so flavors (including more conventional ones such as the predictable line-up of fruits; cherry, watermelon, grape, etc.), can the origin of these “extraordinary” flavors be generalized about? Does an “Iced” lemon taste different from a “Room Temperature” lemon (and judging by the presence of ice cubes on the wrapper, “iced” in this case likely does not mean “having had icing/frosting applied to it”)? Though butter is included in dishes here, how high is the average person on the street’s knowledge of what a stick of butter looks like? Here, butter is more often sold as a liquid.

Also, all four wrappers bear one attribute in common: their depiction of two miniature candy wrappers in the lower left corner. Does logic lurk behind this seemingly gratuitous graphical flourish?