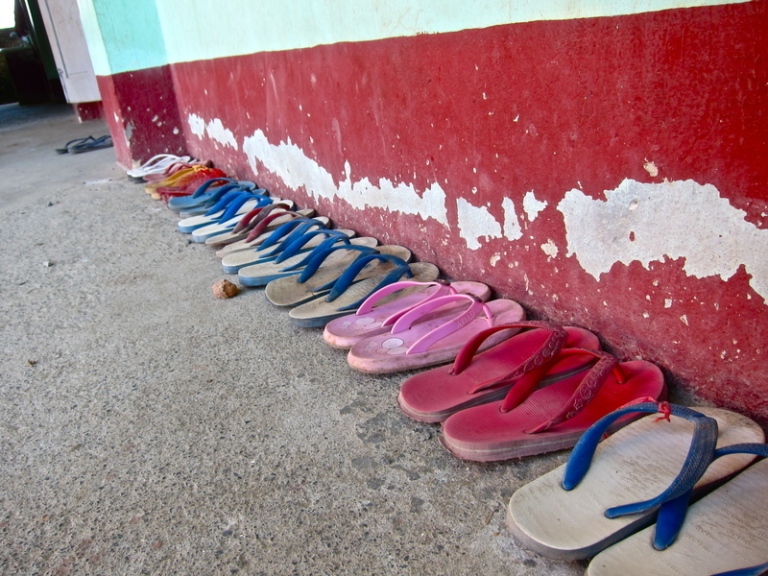 Here are wear patterns from thousands of students of this monastic school
made over the years stepping into and out of their sandals in precisely
same way. Without actually watching a student put on/take off their
sandals, what does the wall’s wear pattern reveal about the activity?

If one student were to remove their sandals a different way – say, removing
their sandals sideways or facing outwards from the wall instead of facing
forwards – how would that affect others’ future sandal removal methods and
preferences? Consider that by following suit with such a renegade that a
student would not only be betraying their former self (so accustomed to the
old sandal-removal conventions), but also the thousands of students before
them whom that individual student had neither met nor even known of, and
yet who left their very same mark of conformity on the wall (just as all of
the prior students before him or her had).

When traces of those before your are more evident, does diverging from their
paths present a greater challenge?