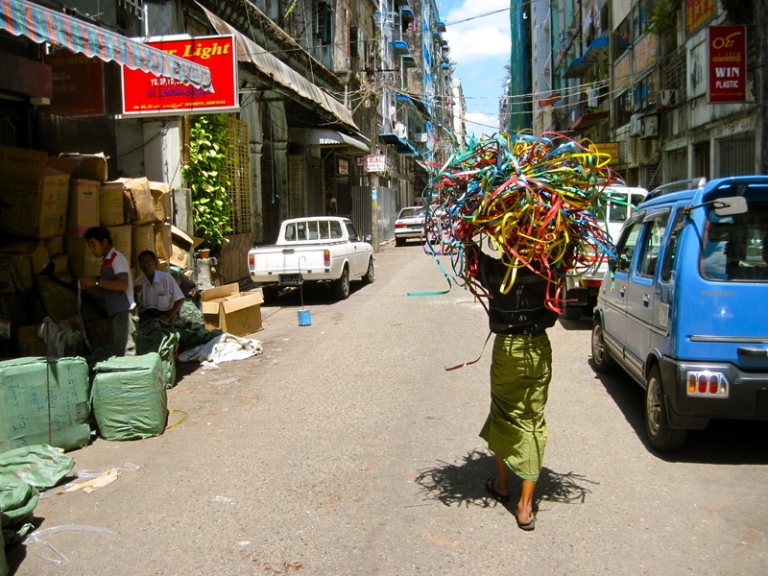 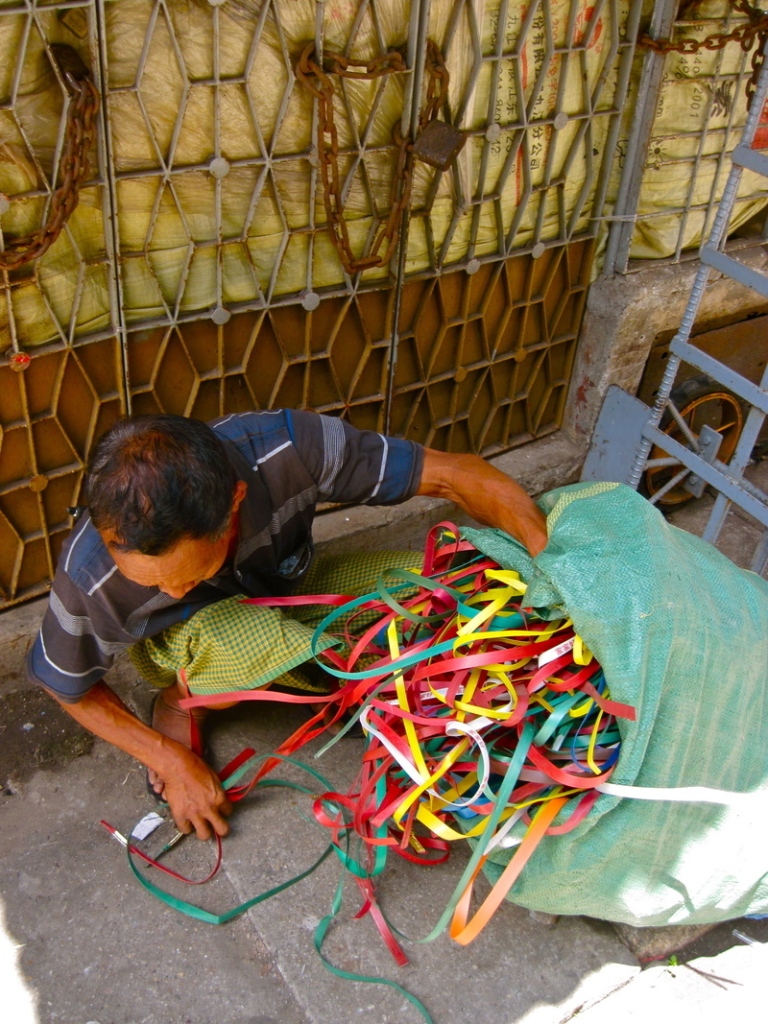 This 61 year old man collects plastic packaging cord from various stores near his home outside of downtown Yangon during the week. After having filled several bags, he rides a Hilux truck-ferry (“linecar”) into downtown to walk around the largest market (Thein Gyi Market), selling the packaging cord to various merchants. He charges ten kyat per length of cord (850 kyat equal one US $). He says he used to make the trip more often, but that since he has gotten older, work has become more challenging and he has had to rely more upon his grown children to support him.

This employee of a recycling collection shop has gathered together enough material to justify the trip on the commuter train out to the suburbs, where a large recycling facility will pay him handsomely for his cargo. 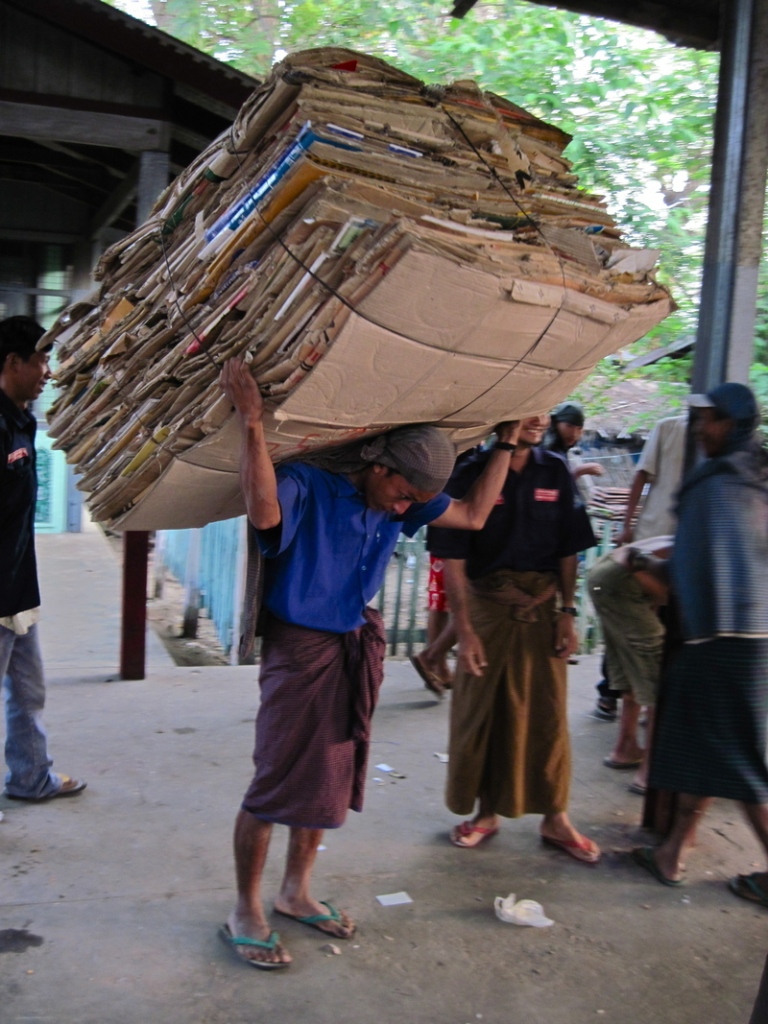 Finally, I didn’t have the chance to speak with this man at length as he was busy loading cargo on to the train upon which I was a passenger. Bound for Mandalay, this was taken in an upcountry town several hours’ from the city. Besides cardboard, other Mandalay-bound cargo included coal, straw baskets, bamboo, garlic, and even some sewing machines.