At the edges of infrastructure – the end of a subway, the last stop on a bus route – many contexts present a traveler with a mix of informal options for continuing their journey – mini bus, gypsy cab, moto-taxi, + etc,. The tips of the spurs of Chongqing’s metro adhere to a rough formula: proximity to the heart of the city usually varies directly with both the ferocity of traffic police enforcing bans of semi/extra-legal transport, and the ferocity with which you are courted by the drivers of said types of transport.

Downtown Chongqing has moto-taxis queued around a corner near subway stops, ready to flee at a moment’s notice if traffic cops suddenly feel less than charitable. Out on the edges, however, the same queue clusters eagerly around the foot of the subway station’s stairs, playfully catcalling any and all who so much as cast a sidelong glance their way as they disembark from the metro stairs. Ditto for those wonderful red three-wheeled vehicles on other edges. 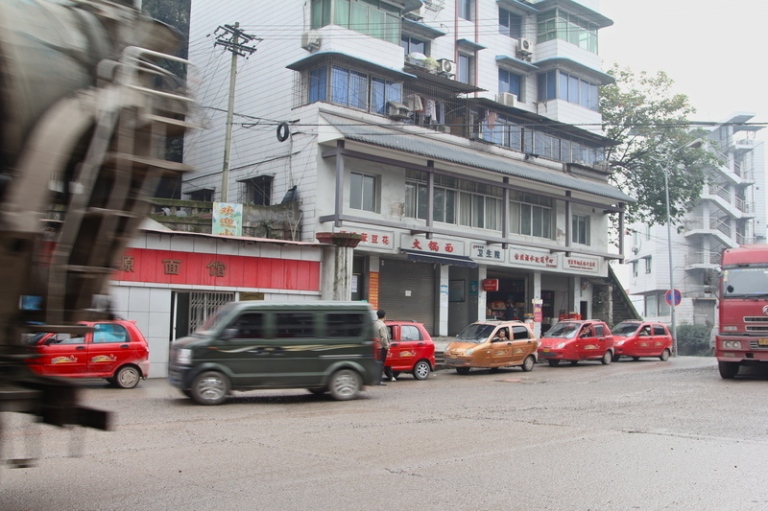