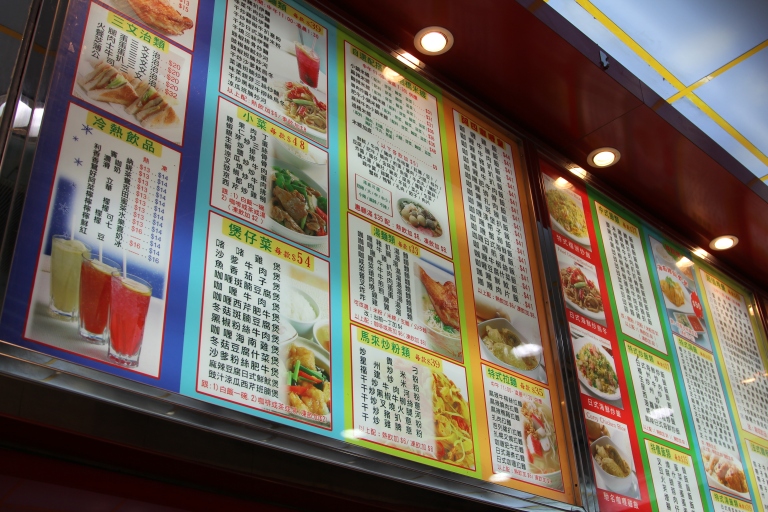 The first thing that stands out about the restaurant to someone out of their familiar context would likely be the organization of the menu; large groups of items are arranged by cost – small vegetables dishes for 48 HKD, Malay fried noodle dishes for 39 HKD (consider the implications of listing a food from a different country solely in the local language – what it says about local tastes for “foreign” cuisine and local linguistic expectations of “guest workers”).

The process for ordering at this restaurant consists of approaching a cashier, ordering, and in return receiving a small plastic token with a number on it. That number is also written on the order slip, which is then sent to the chef. Upon finishing the order, the last chef to have touched it yells the order number into a microphone located at eye-level within the kitchen, at which time the customer is supposed to approach the counter and exchange their numbered token for their order (of the same number). No printed receipts, no table service – a simple and smooth-running machine, all for minimizing confusion in a restaurant with a potential for overlaps in ordered food and conflict possibly stemming from confusion about customers’ similar orders. Maximum speed at minimum cost and risk of error.

Notable about this process was something I missed: the recording of cues that indicated whether an order should be yelled out in Cantonese, the still-reigning lingua franca of native Hong Kongers, or Mandarin – that of mainland China (a good indicator that you’ve found a decisively “local” joint in multi-lingual Hong Kong. Despite the volume of orders coming through and the speed at which they were processed, the chef’s priority was upon both saving their breath (calling out orders only once) and rapidly clearing the narrow space on the counter adjacent to the kitchen upon which the completed orders are placed (presumably to make room for the next order). 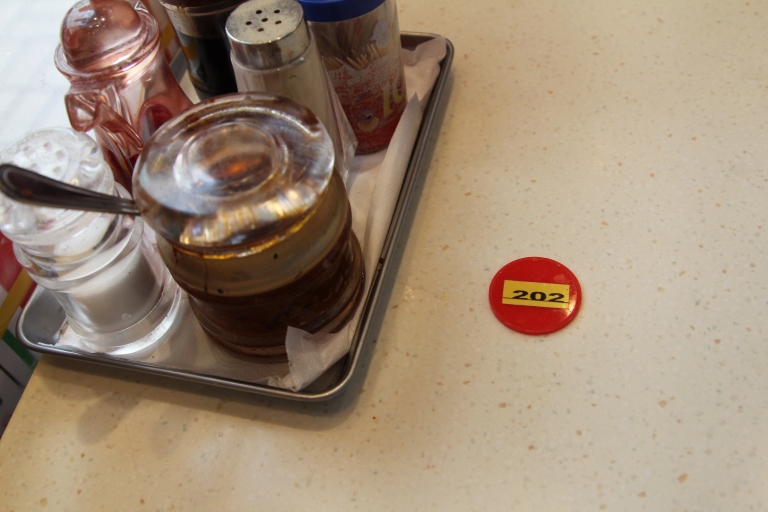 Also notable were the tokens themselves; seemingly repurposed poker chips, each with a three-digit number taped on. The chips dispose themselves well to spinning, and the table of students next to me were engaging in fierce competition over who could spin theirs in such a way as to knock their neighbors’ chips off of the table. 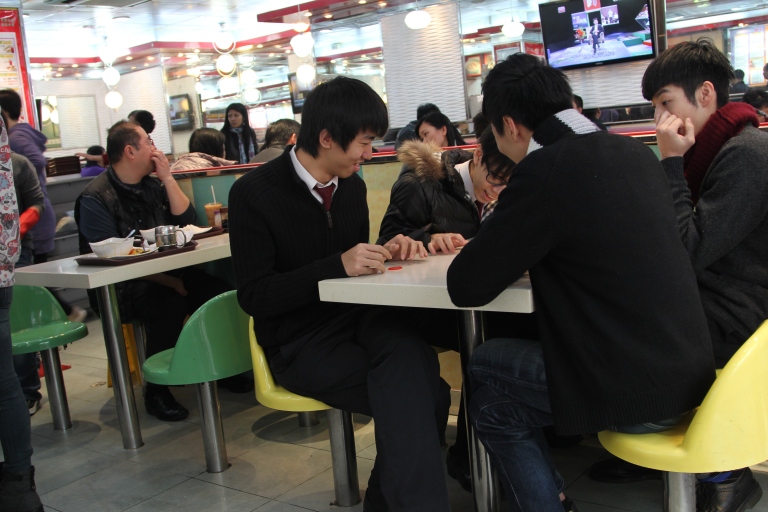