The appropriation of sidewalk space by commerce around the Lunar New Year is standard practice in China. Gift-giving is compulsory for the large families that descend upon home villages across the country (3.62 billion estimated trips, or, “half of all people on the planet hop on a train”), just as ample food and drink must be supplied by the family members who remain in the village (if none do, the eldest-born male usually foots the bill). For both those who are setting out on the road and those who anticipate their arrival, the need to feed numerous hungry and thirsty relatives (and not appear cheap or stingy with servings and provided or brought food) is key. To supply this critical demand, sidewalks across the country transform to host an improvised inventory of “bulk sizes” of the goods most frequently bought by hosts and journeyers alike. In the days leading up to families’ arrival at their ancestral homes (or老家), thousands of these ephemeral businesses materializes out of the ether. 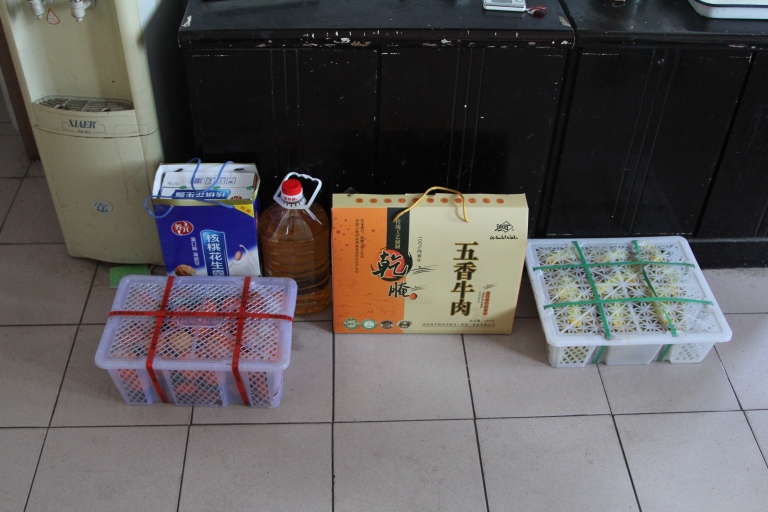 Outside of gas stations and around major intersections in both rural and urban areas alike, packages of the most frequently purchased items are stacked and piled together. From sugary nectars such as the ubiquitous Wang Laoji (or, if you prefer, Jia Duo Bao (excellent summary here, but a separate topic for another time), Lulu sweetened almond milk, or classic comestibles such as instant beef noodles, fresh eggs (for cooking), and a bewildering assortment of processed cookies and pastries. The range of products mirrors the spectrum of salespeople manning these temporary businesses. Some are simply extensions of conventional shops, and my research assistant shares that even if your business skills are subpar and running one of China’s ubiquitous “Cigarette / Liquor / Tea” stores, you’ll likely make enough money around the New Year to keep you afloat until the following year.

More interesting examples include those who hope to turn a tidy profit as they serving late-comers and those hosting unexpectedly more than they anticipated. One vendor is a student who hopes to save up enough pocket money to last through the next semester. Her uncle “invested” in the venture, and they take shifts running it, along with their cousin. Another vendor is usually posted at an intersection selling fruit during the rest of the year decided to supplement their usual inventory with food items popular around New Year’s. She figures whatever they don’t sell this year can be held on to until the following year’s celebration when they’ll try their luck again.

The breaking of each taboo comes with a finely calibrated (and often contextually variable) price – an early recollection of the need to bring gifts on your travels will save you the most money, while those who momentarily set aside their small, open-air goods stands hope to find their market appealing to victims of forgetfulness and enthusiasts of traveling light. 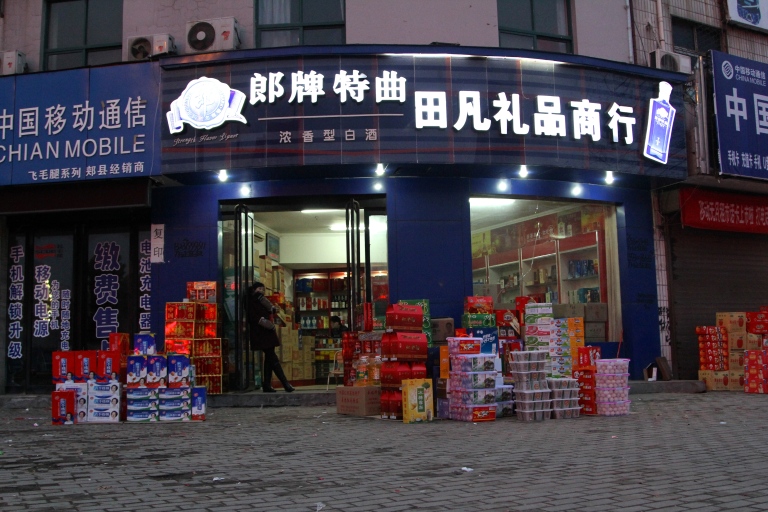