The world over, trash consists of objects that have not yet found their next use. In China, post-original-use objects are typically categorized around the binary categories of “salvageable” and “non-resalable”. Not all things hold the same value across all places, naturally. 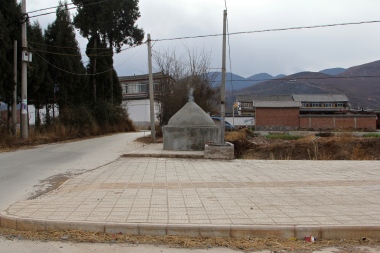 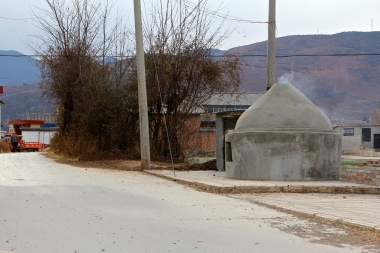 In rural settings, plastic bottles tend to stay within local systems in the recycling chain, where they are repurposed to hold different liquids until they are no longer serviceable, whereupon they are burned in a device like the one above. One step in formality (and effort required) above the individual household piles of trash set out to burn, this cement trash-burning receptacle (what my research assistant called a “dwarf house”) receives all types of refuse, deposited unsorted into the container for eventual ignition. The surrounding several households rely upon this means of disposing of their waste primarily in the drier parts of the year, where a single uncontrolled spark has the potential to light the surrounding fields full of crops and straw ablaze. 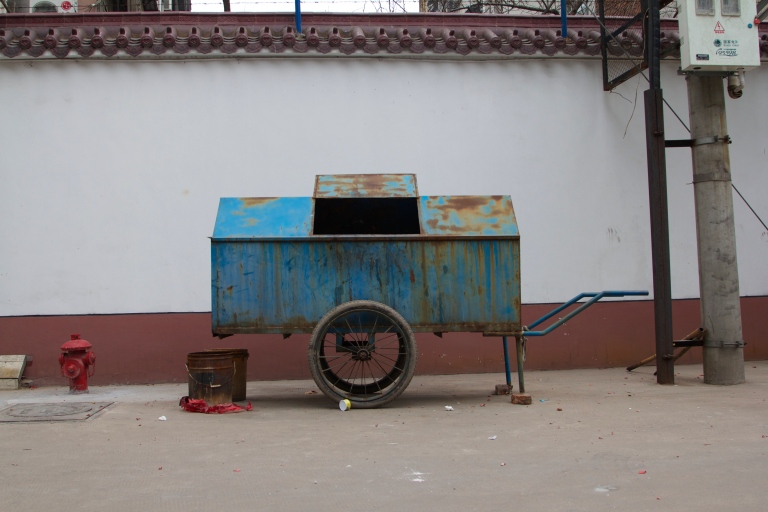 This refuse wagon stands, weathered and imposing (slightly lopsided if not for the two halves of a broken brick used as chocks) near the entry to a complex of apartments. This rusty goliath is wheeled off by the apartment complex’s caretaker to a larger, centrally located neighborhood refuse pile early in the morning on trash days, where it is collected in a large truck. The adjacent buckets are meant to hold glass and plastic, although not in any particular order – segmentation remains the responsibility of the recyclers to whom the caretaker turns the garbage in. Glass and plastic vessels leave the immediate care/vicinity of their original users as they are fed into the citywide recycling chain. The criteria for what to toss in the main container consists of things unwanted and unvalued, namely, everything except scrap metal and glass/plastic bottles. Used batteries, expired fluorescent lightbulbs, and whatever else are all fair game. 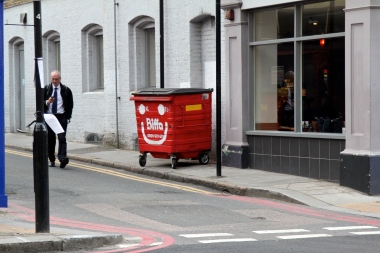 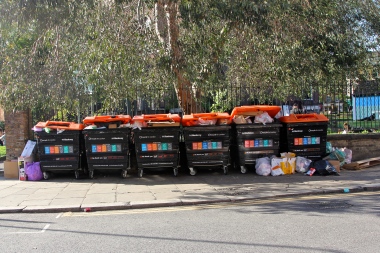 Urban Britain’s waste classification/disposal methods have more complex guidelines for what to throw out and where – the list of undesirable things composing a list ranging from “polyurethane” to “pillows”. Here, things of ostensible value such as “tins and cans” and “mixed plastic bottles and jars” are meant to be thrown in together, with no particular rhyme or reason to how they are packaged or separated – as implied by the soldier’s row of identically sized and shaped “bins” lined up on the corner outside of the apartment in Shoreditch we’d turned into our field accommodations. 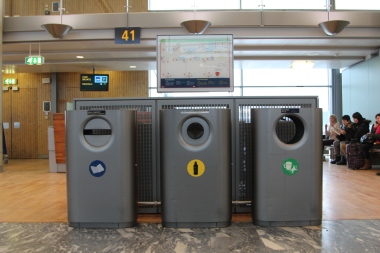 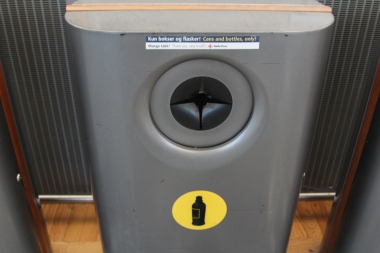 One of the more elaborately organized classifications I’ve seen is the waste disposal system at Oslo’s Gardermoen airport. Each receptacle’s aperture, identically sized at the time of manufacture, has been either left open (indicating where to place organic waste and non-recyclable matter), or fitted with a “filter” (as well as a sticker stating a stern warning) to constrain the nature of waste able to be placed inside. An effective (if heavy handed) method, at least as far as I could discern out of the corner of my eye while observing usage over the course of a hour between flights. On the spectrum of trash classification, welcome to the more extreme opposite end of the spectrum from the first entry above – a highly organized and closely classified disposal ritual, with accompanying affordances to eliminate any ambiguity. Finally, of the waste receptacles pictured here, Oslo’s seems to dispose itself best to functioning as an impromptu work surface. 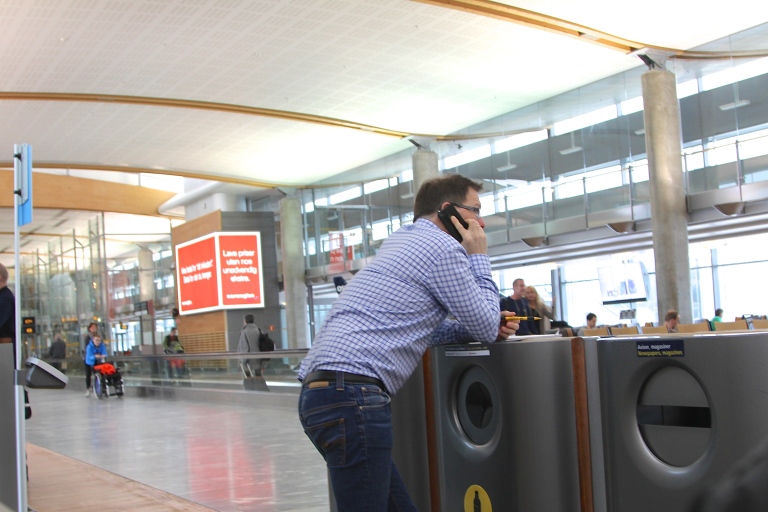 One thought on “Systems of Trashification”