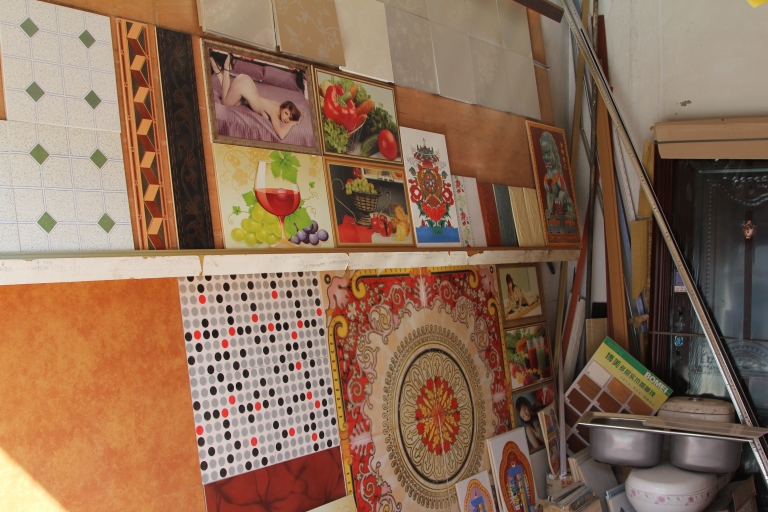 Discovering what a culture values isn’t always so obvious as to be written on the walls themselves, but sometimes you get lucky. This tile shop is in downtown Garzê, western Sichuan, near the border of the Tibetan Autonomous Region.

How to represent status and taste varies wildly by context. One common way to get a sense of how to do so can be glimpsed as options in local photo studios with different custom backgrounds showing everything from famous global landmarks to the skylines of iconic cities to expensive houses that one can choose to pose in front of. So is this tile-shop just a low-fi, non-customizable version of status-assertion, represented on ceramic rather than pixels and paper? Or is this something truly different?

The imagery here (besides the Tibetan mandala) has clearer echoes of the things a painter in fourteenth century Europe might have admired than those things someone on the Tibetan border might plausibly be considering as they decorated their kitchen. Of course, it is entirely plausible that the same status imagery has reached across the centuries and continents here as well, thirdhand from ancient Greece (where Renaissance painters originally lifted imagery of fruit, vegetables, wine, and scantily clad women). No accounting for (an unfamiliar context’s) taste, and always interesting trying to unpack them. 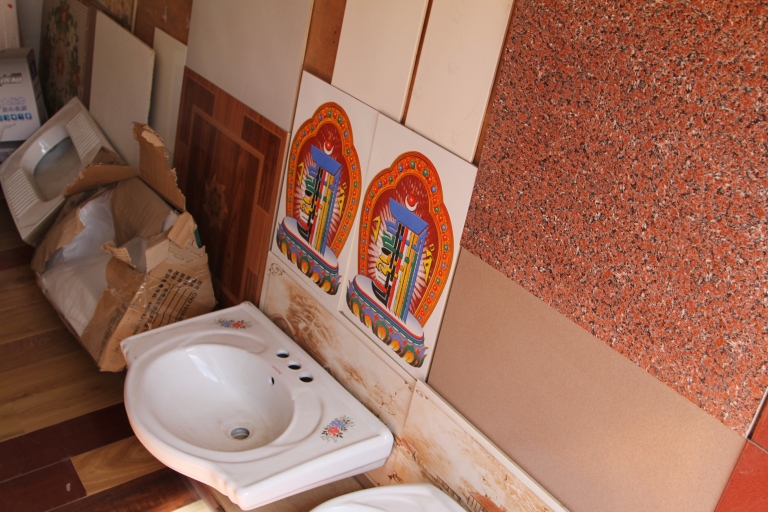