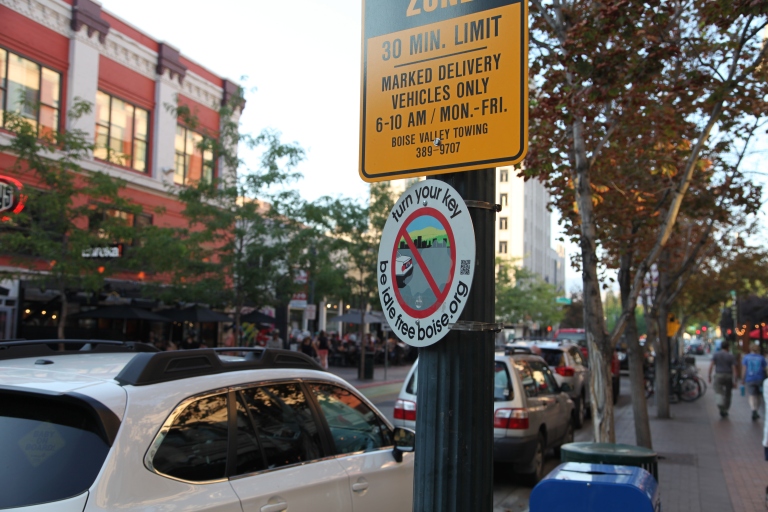 The act of driving as we think about it is slowly moving from human-driven towards autonomous. Alongside that, the “standard” set of behaviors we expect from still-human-driven vehicles will try to keep up, as will the surrounding familiar roadside infrastructure.

As this evolution unfolds, one persistent hitch in the idea of self-driving/autonomy is what happens when someone moves from their native/familiar vehicle culture with its own unique set of implicit expectations around “appropriate” vehicle behavior/etiquette. That is, if we assume that letting the car “drive itself” will become the standard choice in the future, what are the little quirks of the local context’s road culture that will either change when autonomy becomes the widespread default choice or stick around?

Many new cars, regardless of local norms and driving culture, have managed to “sneak in” the behavior of drivers being “idle free” (as the above sign in downtown Boise, Idaho implores drivers to do) by automatically shutting off the car’s engine while stopped and at idle. I reacted with a combination of surprise and terror when driving a Prius for the first time and the engine shut off while waiting at a busy intersection – that was a decade ago. Now, I’ve come to expect this to happen, and was tickled when the Audi A4 I rented featured this above design tweak to its tachometer (“READY”) to assuage the fear in a new driver’s mind that all is functioning normally with their car despite the engine suddenly shutting off.

From here, think about how much “trust” you defer to your car now, and remember this in the coming years as your car is capable of doing more (at the cost of you trusting “it”  – or the engineers and designers behind its algorithm – more deeply). I was alarmed when the car I was driving shut itself off, but how will I feel when the car I’m driving senses that I’m parking and offers to automatically drive itself to the nearest (and most affordable) open parking spot? How long after the initial, instinctual dismissal of this offer will I actually take my car (and by extension its engineers and designers) up on this offer?