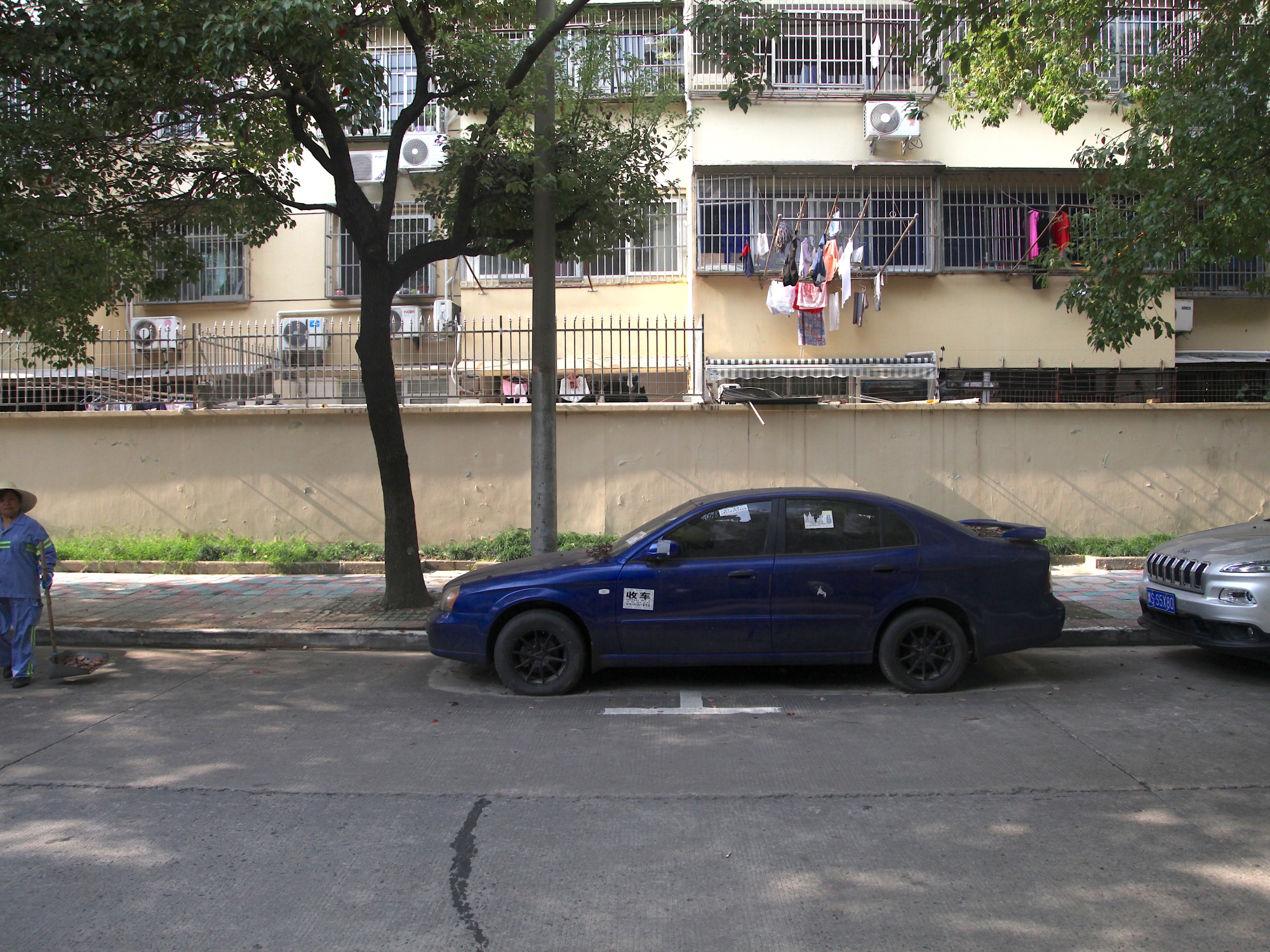 “We buys cars” say the stickers pasted all over these cars on this leafy residential street in Minhang district, Shanghai – at least, the stickers that haven’t been partially or mostly peeled away.

At face value, these function as a plea to the owner, assuming they’re still around/alive, that someone is interested in using this thing that they appear not to have used in a while, and have no apparent plans to.

That said, if this vehicle’s owner is gone and not coming back, a privately-owned (albeit neglected) asset parked on a moderately foot-trafficked street seems like the ideal object upon which to affix an advertisement in a visible, eye-level spot where it probably won’t be removed – unlike trees, signage, power boxes, and other “public” infra. A no-longer-mobile, rent-free billboard, quietly mouldering into unrecognition.

What is the business model hidden beneath the surface here? Why have some stickers been peeled away while others have been left in place ? If the owner of this car was charging rent for this “service” on the street where you live today, what would the going rate be? What sort of vehicle might it be on? Who might you have to pay off to leave your vehicle/billboard canvas in peace?