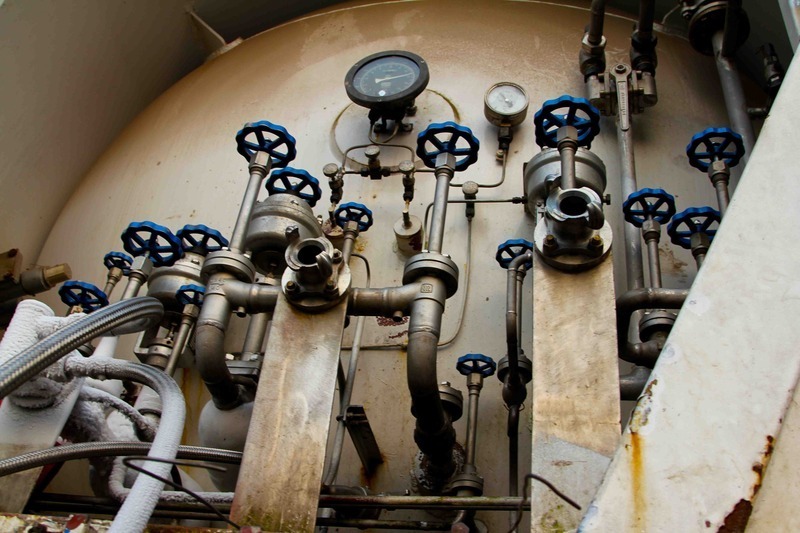 This imposing interface of faucets, pipes, and gauges controls a massive, truck-mounted tank dispensing oxygen. Though perhaps not a fixture in the fish wholesale market nearest you, its job in this context is critical; the fleet of mobile vendors and fish transporters who make their living supplying Chongqingers with fresh fish each day depend upon it, because here, “fresh” means “alive”. As an American used to perusing dead fish lined up on ice (and for many of my fellow citizens who might define fresh as “cold”), the challenge of keeping fish alive from catch to sale was one that was previously unconsidered. Though daunting, this convenient “binary” freshness standard is also easy to enforce – whilst certain tricks may be employed to bolster the appearance of “freshness” in other contexts, it remains challenging to convince a customer that a given fish is alive when it actually is not (all Monty Python sketches aside). Vehicle drivers – from tiny 3-wheelers to huge ten-wheelers – depend on this oxygen truck to keep their tanks topped off, whether they are parked and selling fish out of the back of their vehicles to middlemen or if they are preparing for their journey to the markets across this city of 30 million. 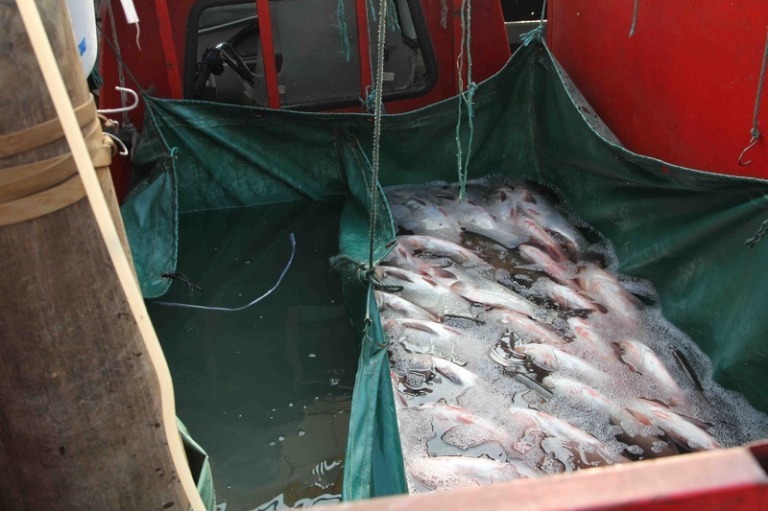 The more “alive” a vendor can keep a fish, the better. At the point of sale, once a customer approaches and the vendor has ascertained the type of fish they are considering, they will often give the container of fish in question a spirited shake to agitate the fish. This is connected with establishing different “grades” of alive – with the more discerning customers actually picking up a fish they are considering purchasing in order to test its “liveliness” (the more struggle and resistance exhibited, the healthier and “fresher” it is perceived to be).

Fish vendors take varied approaches to how they oxygenate their water and display their wares, though the common denominator tends towards a small, battery-powered air pump as the key tool, with the input hooked up to an oxygen tank (or simply pulling in outside air) and the output running through multiple tubes feeding into the rear tank or various plastic tubs where fish are displayed. A car battery is the most common power source. The most successful of these systems keep the fish lively enough to take leaps of faith as they attempt to find a way out of the back of the vehicle-based, portable pool from which they are about to be sold.

In the penultimate stage of their journey, from the storage tanks of the larger trucks at the end of their cross-country journeys to the smaller vehicles setting off for neighborhoods and markets across Chongqing, fish are shuttled through the market from one vehicle to another in various iterations of wire baskets mounted on carts. Nearly all are pushed by men donning hardhats, as getting beaned in the head by an ill-aimed fish can actually prove fatal. Ill-aimed tosses happen less often than one might think, however, considering the logistics of throwing a wet, scaly, wriggling animal into an extremely small opening in a fiberglass tank out of sight up on top of a truck.