As I approach, the owner of this car paints gingerly over each inch of the chassis, frequently dipping his brush into the bucket of cold water in his other hand. I stopped to chat in a gritty industrial suburb of Chengdu as he carefully cleaned his vehicle with a paintbrush. “I do this because I think it is better for the car than a sponge. I’m worried using a sponge will make the dirt scratch the car, and I don’t want that to happen!” Asking how long it usually takes him, he says “sometimes up to an hour,” but admits, “I go faster if I’ve got somewhere to go.” Consider the last time you saw someone using a paintbrush to clean his or her car (if ever).

The owner of this recently-purchased BYD (now standing for “Build Your Dream”, though originally supposedly meant to mean “Brings You Dollars”) is investing what some might consider an excessive amount of time and effort into cleaning his vehicle. From observing and speaking with various vehicle owners during my time in China, it became clear how some owners of BYD’s, Chery’s, and other domestic Chinese car brands pamper their vehicles – frequently their first ever. Although when speaking with me they frequently qualify their praise with admissions that their vehicle may not be the most luxurious or fastest, their pride in joining the masses of car-driving Chinese is evident.

Besides this group of proud owners, however, there are many owners of these marques who consider these vehicles “stopping off points” on the way to a higher-prestige (often foreign-branded) car. Certain owners even attach different brands’ emblems on to their lower-status rides. BMW is a popular choice for what people elect to “transform” their lower status car into, though oftentimes foreign marque will do, as shown above with this Chery sporting both “Passat” and “上海大众” (Shanghai Volkswagen) badges.

Sometimes, these transformations are even inspired by the vehicles’ resemblance to other models of Toyotas or Hondas, and with China’s culture of shanzhai one could interpret these creative “re-brandings” as just another aspect of many in China’s more “flexible” perspective on the “sanctity” of brands (much to the chagrin of the copyright holders – although it isn’t like car companies have ever hesitated to do a bit of “badge engineering“). When I asked one electric vehicle owner who had welded a familiar looking three-pointed star to the front of his vehicle (above) what had motivated him to do so, he replied through chuckles, “This is only a joke, because this simple vehicle is quite different from a Mercedes.” Then, pausing reflectively, he added, “although I hope I’ll be able to get a real [Mercedes] someday.”

As a sidenote, read up on “Build Your Dream” (formerly  known as “Brings You Dollars”) if you want to get to know an intriguing, a company that has been producing cars for <10 years and probably manufactured the battery in the device you are using to read this right now. It will be interesting to see the company’s course in coming years, considering its shanzhai heritage and success which has come (according to GE Anderson via “Designated Drivers“) from equal parts “copying” and “relentless cost-cutting”.

Finally, enjoy a combination of cars and shanzhai with these fully functional “car phones” – some sporting familiar-looking brands: 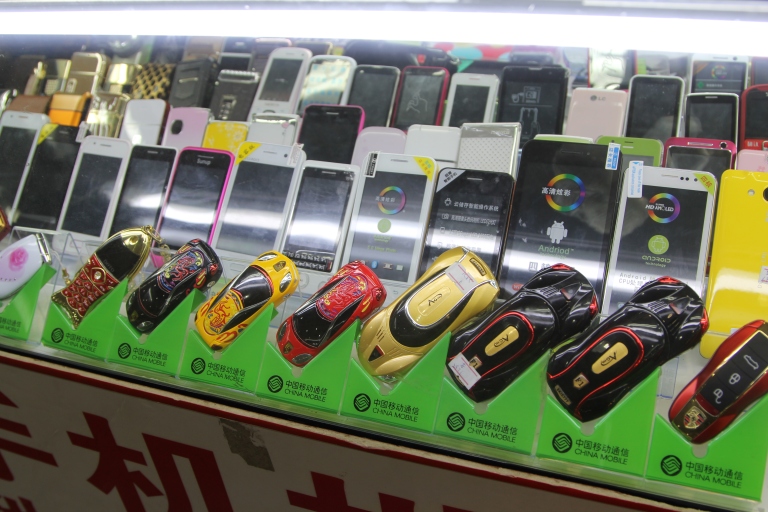 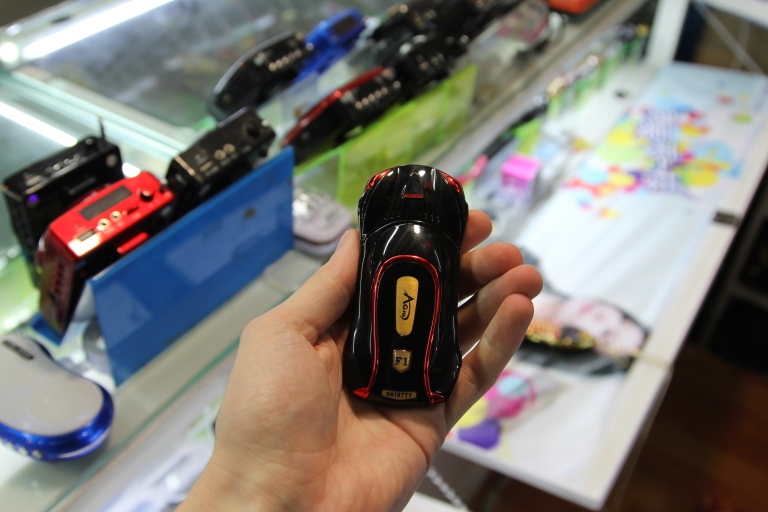