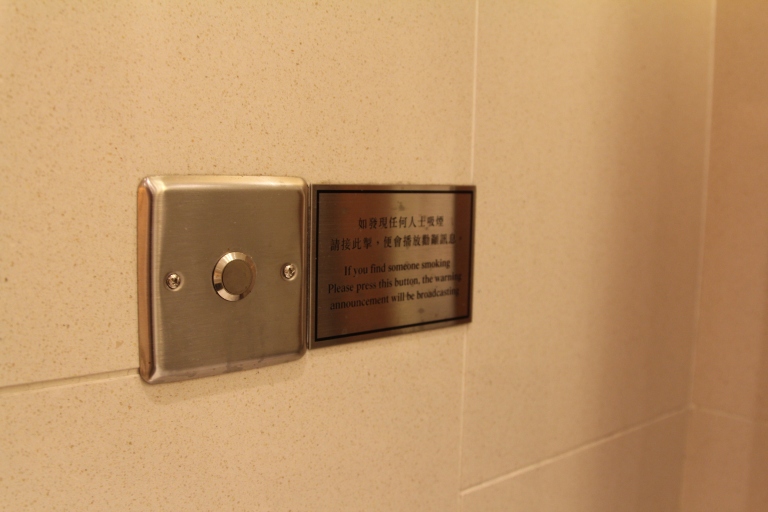 “If you find someone smoking / Please press this button, the warning / announcement will be broadcasting” (sic). The bathrooms in this Hong Kong shopping mall are equipped with a button one may press in the event that one detects cigarette smoke. As Hong Kongers are historically steadfast adherents to rules and etiquette, it would be interesting to find out when (and why) the need was perceived to install such a system.

It could be argued that venturing into a restroom to smoke in a no-smoking area is a common practice devised to dodge discipliners and sneak a cigarette without having to proceed outside (which sometimes requiring a long elevator ride or a trip through security, such as the walk to get to a permissible smoking area in the Beijing South train station requiring a journey of nearly five minutes by foot – or far longer when saddled with luggage). It is routine in China’s train stations for (male) passengers to smoke in the bathroom – sometimes directly beneath the very sign forbidding them from doing so. Until seeing the below system, I’d never witnessed any movement to stop or sanction these smokers, either due to a perceived gap in status on the part of enforcers, or (more likely) simple indifference. 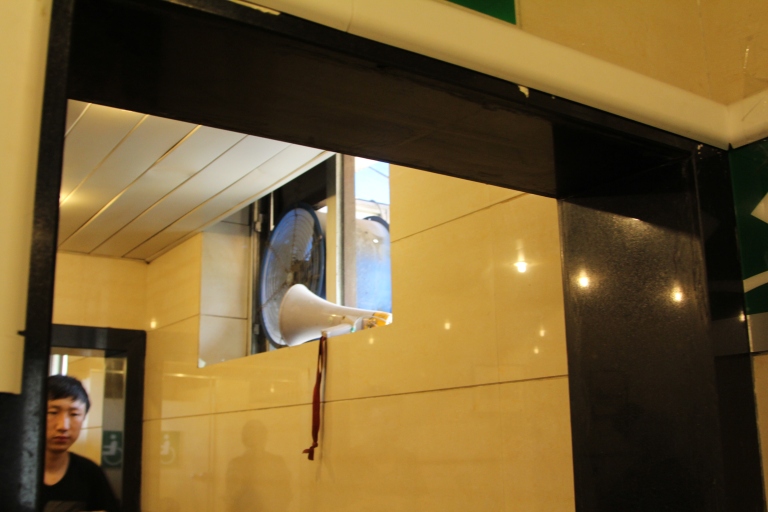 The more motivated anti-smoking authorities administering the long-distance bus station in Chengdu, Sichuan and Beijing South Train Station have developed a more difficult-to-ignore appeal. Their solution draws more upon the use of a megaphone, positioned within the restroom where people are most likely to smoke (based upon past experience, I assume). The messages on the megaphones were similar: they reverberated throughout the restroom, entreating occupants not to smoke. In Chengdu (pictured above) it seemed to be working well – the restroom floor was conspicuously absent of cigarette butts (although that may have been due to it perhaps having recently been cleaned). 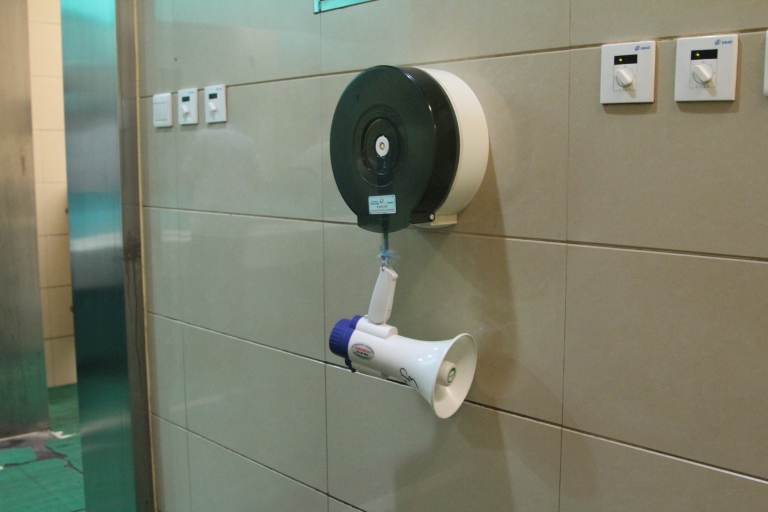 In Beijing I noticed someone stand directly next to the megaphone (above) and attempt to light a cigarette. The attendant, who up until that point had been essentially invisible, leapt into action. “Sir, you may not smoke here.” The offending puffer, looking shocked and not realizing that he had just unraveled his potential alibi of being hearing imparied, extinguished his just-lit cigarette on the tile wall before dropping it into a waste basket at his feet. Incidentally, the mat upon which the waste basket has been placed (below) bears plentiful evidence of previous rule-flouting smokers, though to be fair the mat may have preceded the megaphone. 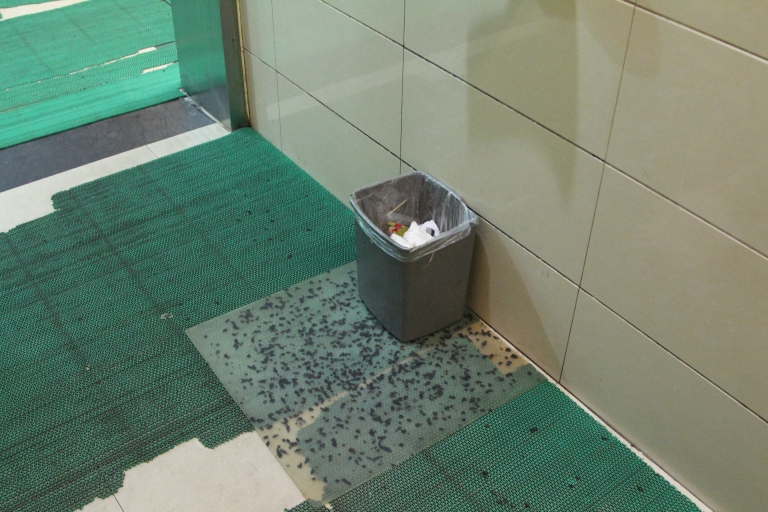 This might indicate the megaphone’s ability to deter all but the most audacious/addicted of Beijing’s smokers, while also acknowledging that some will require an extra dose of encouragement/shame not to smoke. As for cost considerations, after the price of a megaphone and the batteries to power it (sometimes not even necessary, as in the case of the Chengdu station where an extension cord has been run out to plug the microphone), it seems like a logical next step on the way to (as in Beijing) an attendant tasked with both cleaning and enforcing anti-smoking rules. 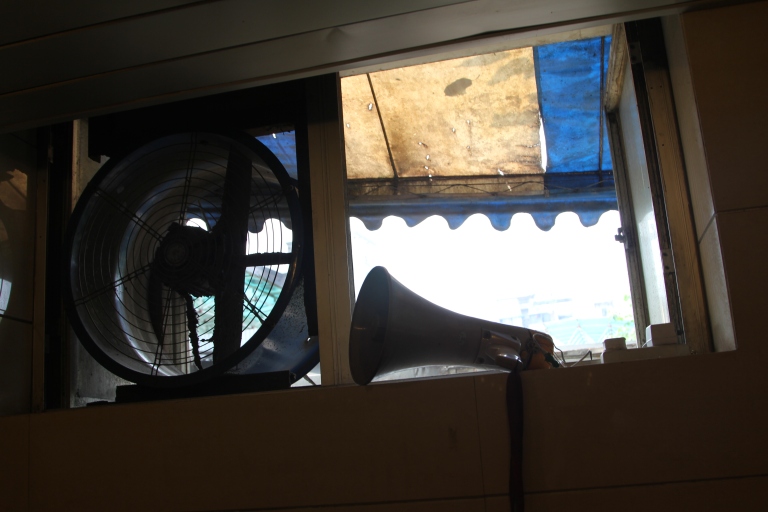 Consider what anti-social behaviors could be subject to “sanction by megaphone” in your context, and whether the additional aural reminder would have any effect. Consider also our present distance from building social sanctioning capabilities directly into means of surveillance. That is, why have a megaphone blaring looping, generic recording or paying an enforcer to monitor potential offenders when there is a camera that identifies both the nature of your anti-social behavior and your face, and simultaneously broadcasts a warning announcement (for all others in the vicinity to hear) and sends a warning message to your cellphone to cease and desist or face a potential fine.